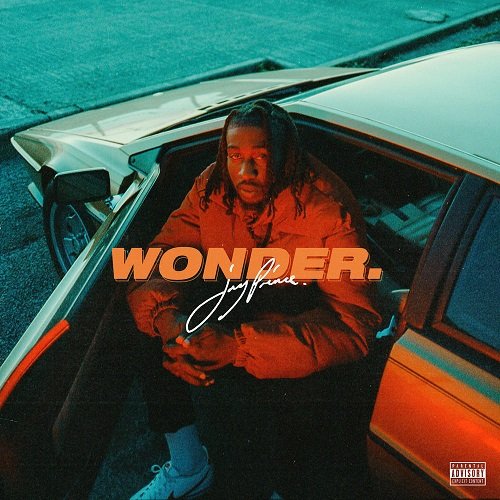 My first experience with Jay Prince’s music came in the opening weeks of university when I heard the pitstop pitched up gospel sample and booming kick drum of Prince’s ‘father, father’ blaring out my new flatmate’s room. Immediately I was drawn to his sound for its distinctive feel-good melodies and snapping drums. Since then Prince has gone to release well-received projects ‘Late Summers’ (2017) and ‘cherish’ (2018). Both helped establish the artist as one of East London’s biggest talents. He has grown a loyal fanbase across Europe and the US going to show the large-scale appeal of the unique sound he is making right now.

On his new ‘WONDER’ EP he provides more upbeat bangers that leave you feeling energised. On tracks like ‘BEAMLIGHT’ (produced by Sango), ‘RUN IT DOWN’ and ‘LUV ME’ you hear vintage J Prince, instrumentals are silky and mellow, and the drums will make any sound system knock. His smooth vocals combine well with good lyricism in his raps, these tracks show off the real star quality the East London artist has seemed to possess since he came onto the scene.

However, we are also treated to a different side of him on tracks like ‘Closer’ where he opens to the listener with his vulnerabilities and feelings. He speaks on his past struggles growing up in a poor household, the burden he shouldered to get his family out that situation and his past issues with opening up emotionally to those around him. This change-up provides a nice balance to EP and across the seven tracks you follow Prince through the ups and downs feeling; hope, grief, worry and joy. He is his confident best and most vulnerable all in the space of 24 minutes, you can really feel that he has put his heart and soul into the project.

Overall this EP is highly entertaining and engaging no matter your mood and has some of the best variations yet consistent quality I have heard from Jay Prince to date. It has that rare quality in a project where I can quite happily listen to the whole EP through without ever thinking of the skip button.

With production credits on four of the tracks and solo writing credits on all seven, Jay Prince’s talent is exceptional and if anything, it’s just frustrating he has not received more of the mainstream credit he deserves, not that this has affected him anyway. He sets off on his European tour on the 20th of February starting in Amsterdam, making stops at Paris, Berlin and most major UK cities including London and Bristol on the way, be sure to get down and see him at one of his shows.