An Unforgettable Performance From The King’s Parade 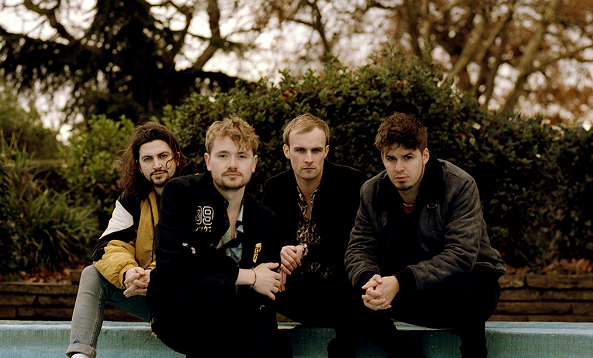 There is something quite moving about the change of atmosphere that occurs when a collective of people awaiting their favourite band in a dark underground bar, beer in hand, calmly conversing, notice the brief shadow of a possible band member about to approach the stage, resulting in a roar of love and adoration.

You know it’s going to be one hell of a show when you hear the approval of the performance before it has even begun.
The King’s Parade is just one of those bands that possess the ability to captivate an audience, not only by their incredibly soulful and heart-warming music but with their mere presence onstage. The utter passion and ongoing energy that the London born quartet brings to a performance is what joins music lovers in unity and that is exactly what they did during their London show at The Borderline last Thursday.

The boys played older favourites, such as ‘Vagabond’ and ‘Haze’, as well as their latest releases ‘Mistakes’ and ‘Mad’, which kept the energy exciting and alive throughout the set, leaving no room for disappointment. There was something there for everyone, whether you are a recent or long-standing fan.

Combining hints of indie-rock with blues and comforting soul, The King’s Parade is bringing something unique to the music world that you do not want to miss.