Vic Allen Pours It All Out In New Single ‘Talk’ 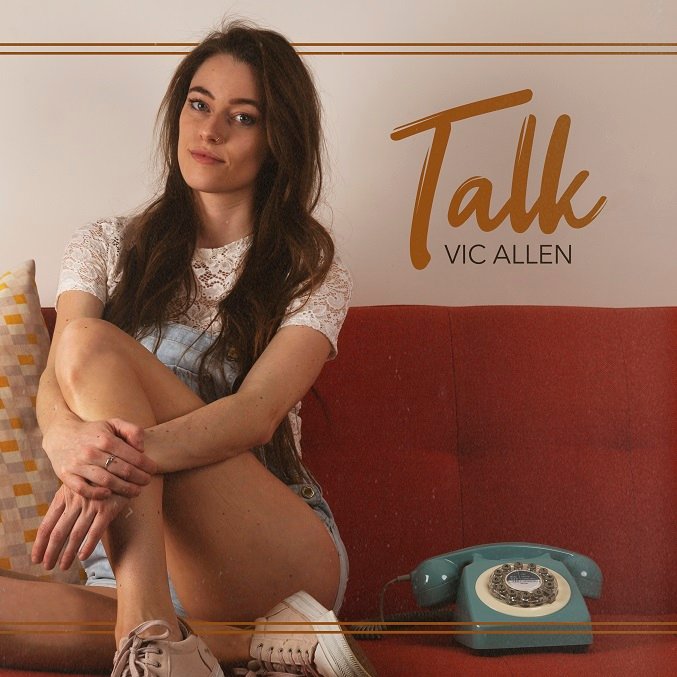 Country artist Vic Allen returns with her catchy new song ‘Talk’. It’s a co-write with Kaity Rae, who also co-produced the track along with Lauren Deakin-Davies.

‘Talk’ adds a smooth twist to a jaunty song. Vic’s distinctive country style is peppered with pop flourishes. The premise is simple but Vic draws you in with her lyrics – we presume she wants to talk to an ex love who has most probably found someone else, “it’s been a while, guess you’ve moved on.” The need to talk is very relatable when you’ve got things on your mind and you can’t help but reminisce to the good times,

“and I need you at the end of the line.”

Last year Vic entered the top 5 in the iTunes UK Country Charts last year with her single ‘Keeping Me Up’ and she continues to make waves in the UK music scene, building fans and followers. Her recent EP ‘Between The Line’ was entirely fan-funded and last May she embarked on the ‘Write Like a Girl‘ tour with fellow singer-songwriters Beth Keeping and Emily Faye. Their brand has monthly rounds in London to showcase female talent.

Other highlights of 2018 included being played on Chris Country and BBC Introducing, performing at Bush Hall, and going back to Nashville for a fourth time in order to write with local artists and perform in writers’ rounds. Vic rounded off a successful year with a UK show supporting Cattle & Cane.

Vic will be making several festival appearances with her band over the summer, with more live shows to be announced later in the year.